Candyes for the Opel. Part 2. 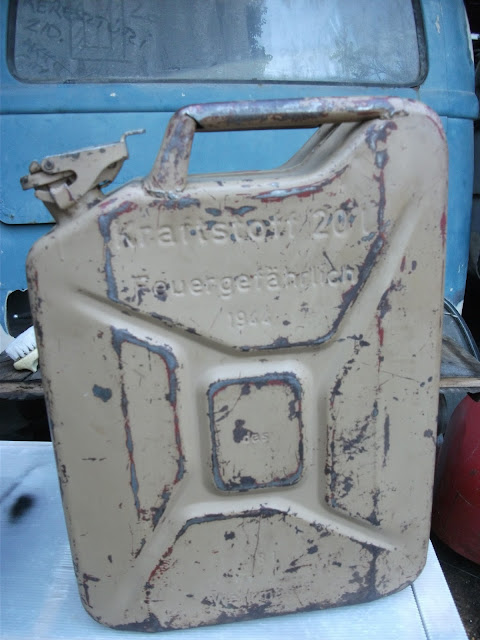 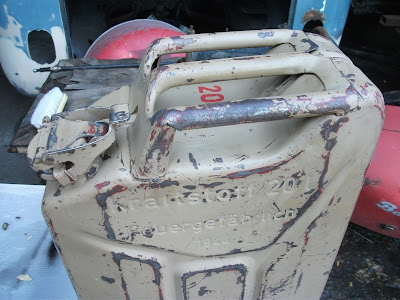 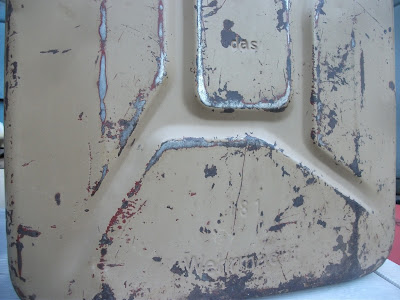 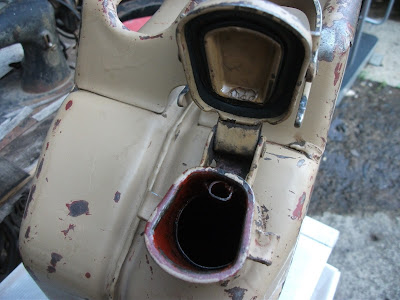 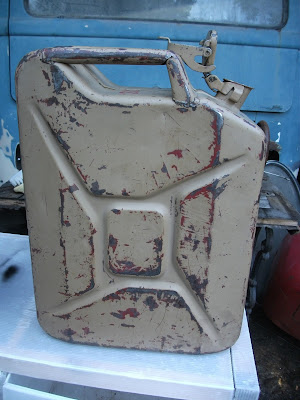 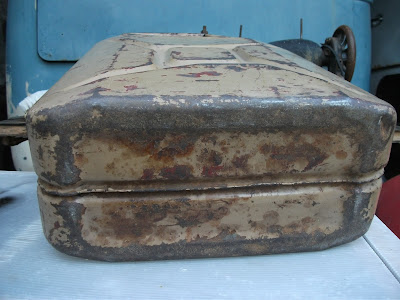 Happend last summer when I looked around on a nice little market of a nice little village at the side of Balaton lake. There were many fine and natural foods and old stuff for sale. One of the sellers had some relic of WW2. I never seen a nice wehrmacht jerry can like this, so I had to buy. The price was really friendly so I became the happy owner of this untouched (since WW2), rust and dent free, 1944 fuelcan. It still has most of its original paint with a red number of its capacity. Lovely! 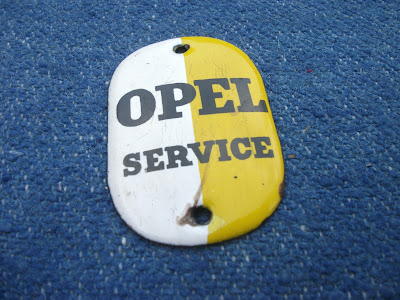 I got a nice Opel badge from an old guy who was learned as a car technician in the Opel service of Budapest. When he started the lessons (around 1949), the service turned to a Moskvich service station, as the Soviet manufacturer used the production line of the prewar 4 door! Opel Kadett, what was removed from Rüsselscheim Opel factory right after 2nd WW.
This porcelane badge was used on every furniture, and tool in and around the service and some of them was fitted on cars also.
The pic below made after the war, when another service made drivable cars from Opel ruins. 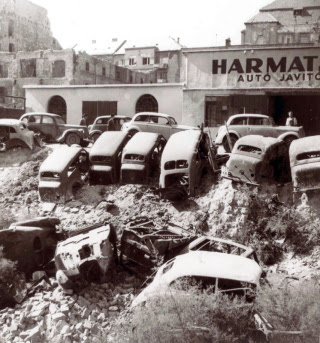 An ultrarare porcelaine sign was posted to a local auction site, a sign of a Hungaryan Opel dealer from the 30s-40s. The winner is not me, sadly... 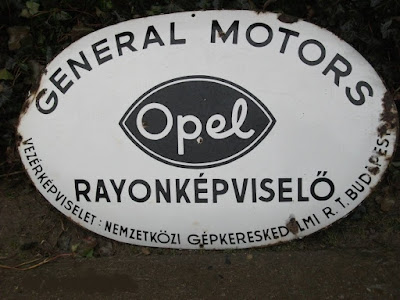 Welcome for all modellers!

klick on the pic! 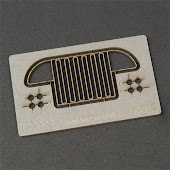 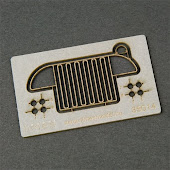 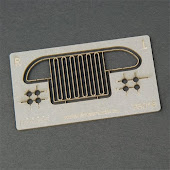 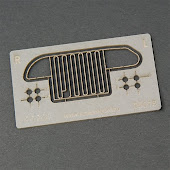 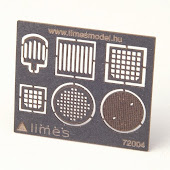 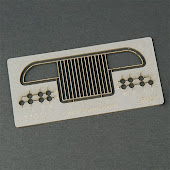 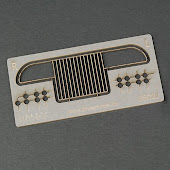 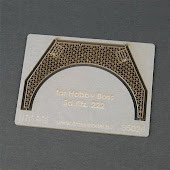 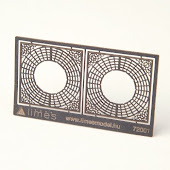 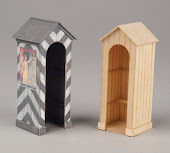